An update on Vanguard's economic outlook

At the end of 2016, Vanguard published our annual outlook for the global economy and financial markets in 2017 and beyond. 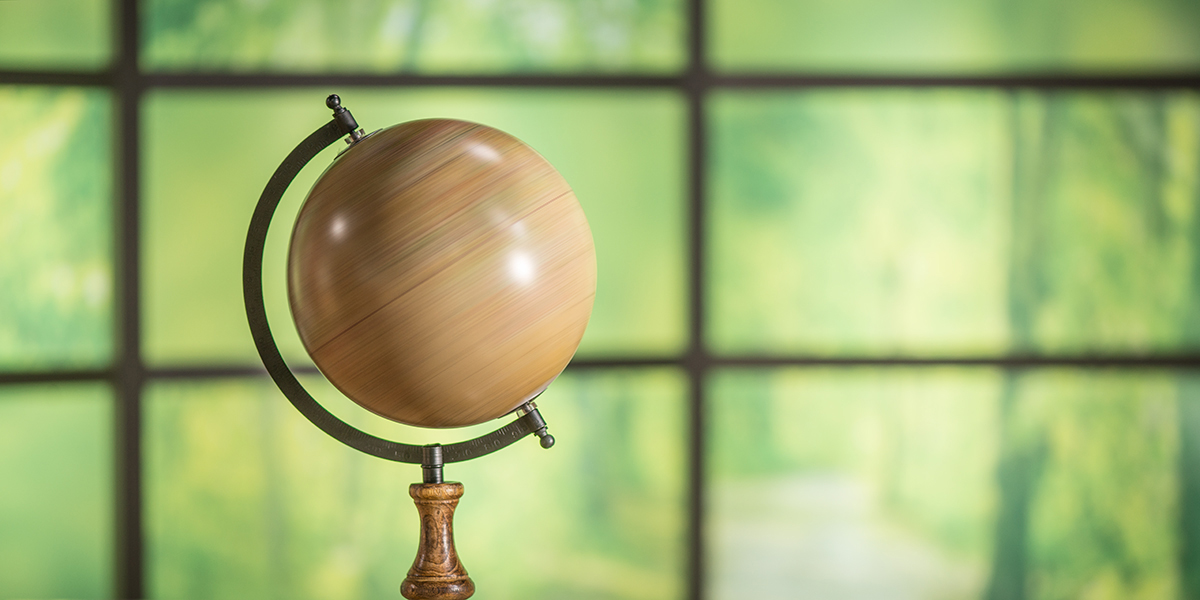 Now that we're more than halfway through the year, we sat down with one of the paper's authors, Vanguard Senior Economist Andrew Patterson, for an update. He spoke about what's gone as expected as well as what's changed, and how those changes might be reshaping Vanguard's outlook.

The end of 2016 was a challenging time to make projections, as market sentiment had just swung sharply from pessimism about stagnation to optimism about an acceleration in global growth. At the time, Vanguard economists saw stabilisation as more likely than the extreme scenarios others expected. Has your view changed?

I would say the framework that we use to make our projections, which includes quantitative and qualitative assessments of conditions, worked well on the whole. Downgraded global growth forecasts and disinflationary forces last summer led to a consensus view that we thought was too pessimistic, followed by a surge in optimism after the US presidential election that didn't seem fully warranted, either.

We still expect growth of about 2.5% in the United States for 2017. Heading into this year, that would have been closer to the lower end of the expected range of outcomes. In recent months, however, uncertainty has increased significantly about the impact of various fiscal policy proposals, and some of that optimism has faded.

One thing that caught us - and the US Federal Reserve - off guard is the weak pattern we've seen for US core inflation since March. Although we still expect core inflation to continue rising gradually toward the Fed's target of 2%, that may not happen until as late as mid-2018. Digital technologies will remain a persistent headwind to higher prices, as will globalisation and demographics, but we were expecting more short-term support from wage gains.

Looking outside the United States, we underestimated euro-area growth momentum, which was supported by reduced political risk following elections in the Netherlands and France, along with relatively limited contagion so far from the United Kingdom's Brexit vote last summer. The region should hit growth of about 1.7% in 2017.

And despite some persistent underlying structural issues, Japan also grew a little faster than expected and should reach about 1% growth for this year. Many emerging markets countries have continued to improve as well, so they're in better standing on the whole.

You mentioned Brexit. What are your expectations for the UK economy?

Immediately following the referendum, many observers predicted a recession in the UK. So far, that hasn't been the case. In fact, although consumer prices have risen over the past year, Britain has enjoyed fairly robust economic growth with low unemployment.

But as my London-based colleague Alexis Gray points out, it's not all smooth sailing for the UK. The loss or weakening of favourable trade arrangements with Europe in a 'Hard Brexit' scenario could prove painful for Britain. Negotiations have begun in Brussels, and at the moment it's unclear what course they will follow. We expect some degree of volatility around UK asset prices and the value of the pound until the arrangements are finalised.

So, on the whole, the prospects for the global economy are more balanced than you were anticipating at the beginning of the year?

Yes, I think that probably sums up the main adjustment to our outlook. Overall, it's a relatively bright picture. The global economy looks a little less fragile, with growth becoming more synchronised across all markets.

You mentioned the new US administration's agenda. What impact might it have on the US and global economy?

The short answer is that it's too soon to say. The fiscal stimulus measures floated during the campaign and afterward, like corporate and personal tax cuts and infrastructure spending, fuelled some of the optimism in the markets I mentioned earlier. But we don't know yet exactly what those measures will look like or when they'll be implemented, so we can't really assess their costs and benefits. It's a bit of a guessing game at this point.

Keep in mind, though, that it's not a race, and changes to things like tax policy and infrastructure spending take time. It's better that they are carefully considered, thoroughly vetted and well-executed since they have the potential to impact the economy for years or even decades to come.

The US economic recovery is entering its ninth year, making it one of the longest in history. What could set off the next downturn?

Forecasting is humbling, and forecasting recessions is very, very humbling. Moreover, just because this recovery is long doesn't mean that it has to come to an abrupt end soon – expansions don't die of old age.

There are nevertheless a number of risks on our radar. Geopolitical risks have been creeping into our discussions more and more. The Chinese economy is another area of concern. China should manage to gradually slow its economy and transition to a developed market model that is more dependent on the consumer. That said, this is the first time an economy of its size has tried to do that, so there could be bumps along the way. For monetary policy, missteps at home or abroad can't be ruled out. The Fed could try to normalise monetary policy too quickly, for example, or have to raise rates sharply if inflation flares up.

The recovery has been long but weaker than many past recoveries. What would you attribute that to?

That's true. You haven't seen the 3%-to-5% growth people may have become accustomed to in post-recession periods, so this time there's a difference. The underlying fundamentals, from capital accumulation to labour force participation, don't really point to growth much beyond 2% going forward, absent any sort of structural change or big policy shift. We're comfortable with that level because, so far at least, it's not being fuelled by the kind of debt-financed consumer spending that led up to the last recession.

I'd just add that we may not be capturing growth as accurately as in the past. The standard measures for decades have worked well when you were essentially tallying up output – how many coal cars coming out of mines or how many widgets produced by an assembly line – but it doesn't work as well in capturing the value of less tangible output like smartphones, social networks and ride-sharing.

The Fed raised policy rates last December and twice so far this year. What do you see as its next moves?

The Fed will likely remain slow and steady through normalisation and will probably use only one 'tool' at a time in the near term – either rate hikes or balance-sheet reductions. There's broad acknowledgement that its bond purchases to bolster economic conditions were unprecedented, so it would be prudent for the Fed to unwind gradually while putting rate hikes on the back burner for a time in order to evaluate the real-world impact.

We expect the Fed to begin allowing the balance sheet to roll off later this year and the next rate hike to come in the second half of 2018. If all that goes according to plan, we don't see significant negative implications for financial markets.

Let's turn to the markets. US and global equities have made strong gains so far this year. Do you think equities have become overvalued?

We noted in our outlook for 2017 that equity valuations were fairly high, and they have moved up since then. But I don't think that we would necessarily qualify equity markets even now as overvalued; maybe on the high end of fair value.

We try to take economic and market conditions into account when we assess equity valuations, rather than look at long-term averages. So if you consider the currently low levels of interest rates and inflation, and that neither of them are expected to climb to pre-recession levels, we would say that equity valuations are high but by no means alarming.

Has any of what's transpired over the past six months made you rethink your 'muted but positive' outlook on returns from equities and bonds?

If anything, the rally in equity prices since the beginning of the year has made us even a bit more cautious about the short term. However, we tend to look out over ten years on an annualised basis, and that hasn't really changed. Given where valuations are, equity returns somewhere in the 6% to 8% range still feel about right. That's not far below historical precedent, but maybe less than the 9%, 10%, 11% some investors may have come to expect.

On the fixed income side, yields have tended to do a very good job of providing investors with an understanding of what returns could look like going forward. So returns in the 1% to 3% range on an annualised basis seem reasonable.

If there's one segment of the bond market where I'd say investors may not be getting adequate compensation for the risk they're taking, it would be high-yield bonds. Their spreads relative to treasuries have compressed a lot, likely a by-product of investors' reaching for yield, so the risk-reward trade-off there isn't looking very attractive.

Some of the market specifics look a little different today than they did six months ago. But our longer term outlook still remains guarded, but not bearish.

This information is directed at professional investors and should not be distributed to, or relied upon by, retail investors. It is for educational purposes only and is not a recommendation or solicitation to buy or sell investments.

This article is designed for use by, and is directed only at, persons resident in the UK.

The value of investments, and the income from them, may fall or rise and investors may get back less than they invested. Any projections should be regarded as hypothetical in nature and do not reflect or guarantee future results.

The opinions expressed in this article are those of the individual quoted and may not be representative of Vanguard Asset Management, Ltd.

This article was produced by The Vanguard Group, Inc. It is issued by Vanguard Asset Management, Ltd, which is authorised and regulated in the UK by the Financial Conduct Authority.