What manufacturing data tell us about the economy 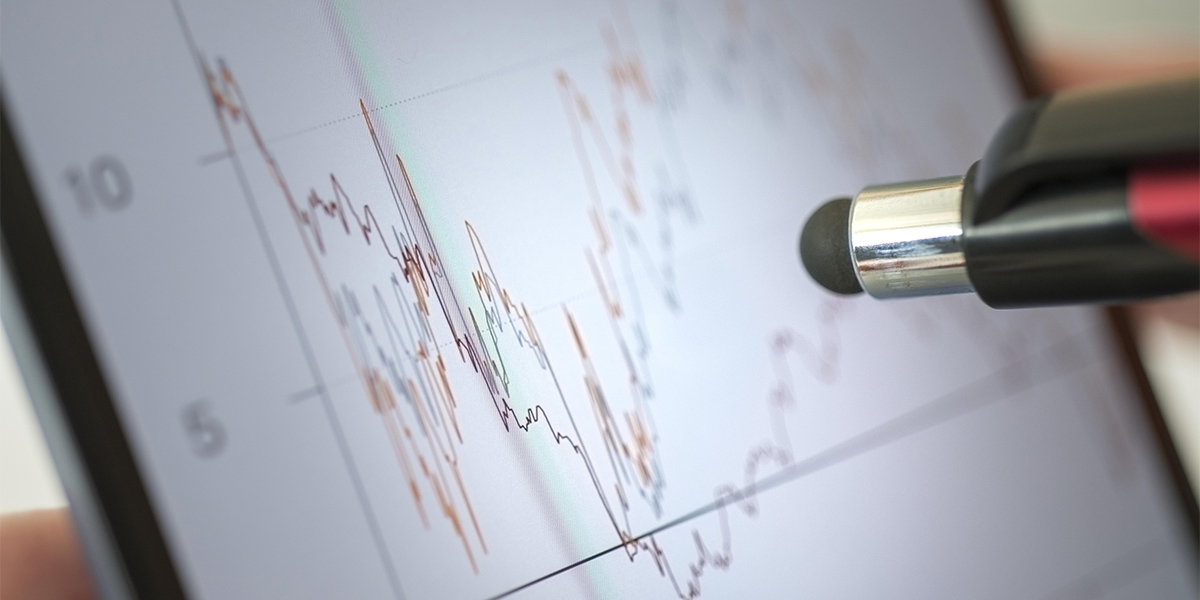 The manufacturing sector in Europe has been shrinking for months, and weakness in the United States is becoming apparent now, too. Concerns about what that might mean for the broader global economy are warranted, said Vanguard economists Andrew Patterson and Joshua Hirt. They emphasize, however, that manufacturing provides just one reference point.

Investors concerned about economic prospects may find it’s a good time to ensure that their investment mix is consistent with their goals. Doing so can make sense anytime, but especially now, as more of the world’s economies drift toward the inevitable end of expansionary economic cycles.

A slowdown in Germany, and now the United States

Less than two years ago, at the start of 2018, German manufacturing was expanding solidly, buoying expectations for an acceleration in euro area GDP. At the start of 2019, however, German manufacturing began to contract, and it’s been weakening ever since. Global trade tensions and an economic slowdown in China, one of Germany’s leading trading partners, have taken their toll. (China this month reported third-quarter GDP growth of 6.0%, the smallest increase since China began its current method of calculating growth in the early 1990s. Vanguard expects China’s economy to grow by just 5.8% in 2020.)

Some observers hoped the United States would buck the trend, given its more diversified economy. And it seemed to be doing so—until August, when the Institute for Supply Management (ISM) Manufacturing Purchasing Managers’ Index (PMI) slipped to 49.1, and September, when it dropped further, to 47.8, its lowest reading since the global financial crisis. (PMI readings above 50 indicate an expansion in activity compared with the previous month and readings below 50 indicate contraction.) 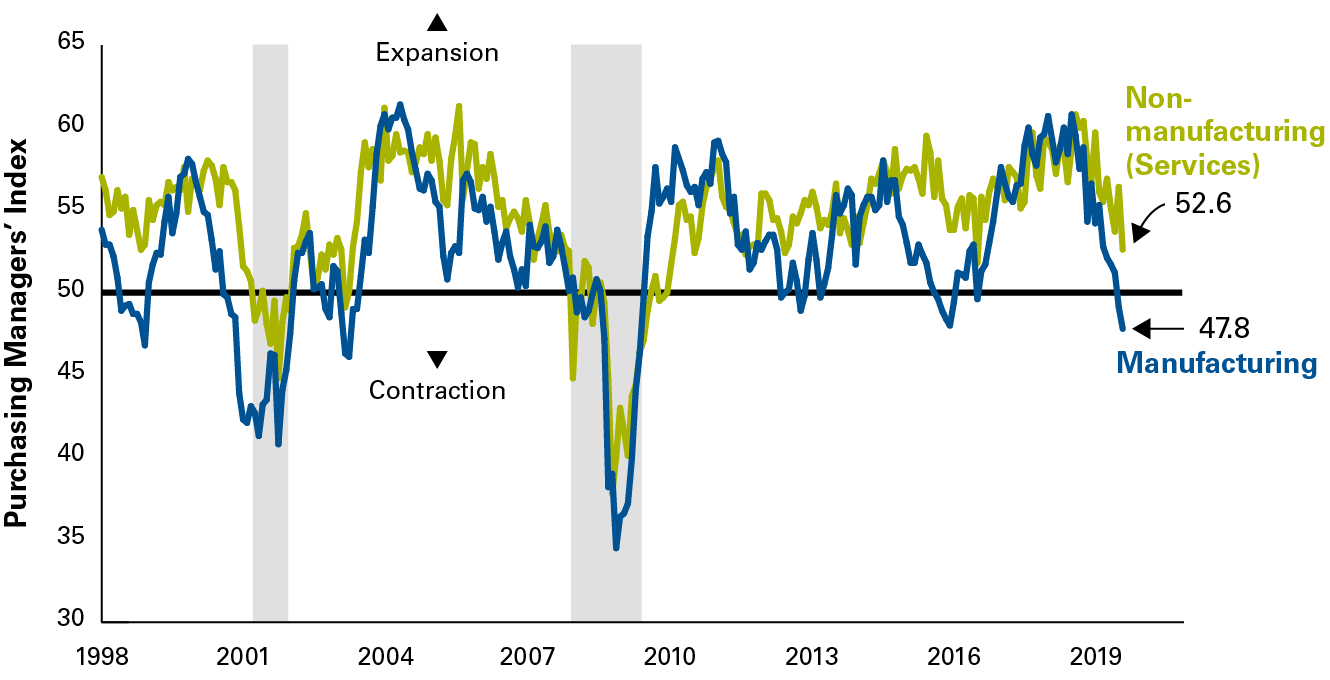 Note: The gray bars, highlighting 2001 and 2007–2009, reflect U.S. recessions, as defined by the National Bureau of Economic Research.

Source: Vanguard, using data from the Institute for Supply Management.

Spillover to the services sector?

“Manufacturing PMIs have been getting a lot of attention lately,” Mr. Patterson said. “They provide a valuable look at how this pillar of the economy is doing and where it may be headed.” They’re not a perfect proxy for the broader economy, though. Manufacturing accounts for less than a third of Germany’s economy and only 10% to 15% of U.S. economic output. It’s much smaller than the services sector, which accounts for about 70% of GDP in Germany and an even bigger percentage in the United States.

“Even with those caveats,” Mr. Hirt said, “I’d continue to characterize the manufacturing sector as a good bellwether of overall economic activity. Manufacturing is more closely tied to fluctuations in the business cycle and changes in interest rates than services, so while the two tend to move in the same direction, the magnitude is usually quite different.”

Nonmanufacturing PMIs, which represent the services sector, have fallen in Germany and the United States in the last year, though both are still above the 50 reading that separates expansion from contraction.

The deterioration in global manufacturing amid additional disappointing economic data warrants concern that economic weakness could turn into recession. But a meaningful resolution to U.S.-China trade uncertainty, greater-than-anticipated economic stimulus in China, and fiscal stimulus elsewhere could temper those concerns.

So the odds of recession around the world have increased, but recession is in no way a certainty. What does this mean for you as an investor? Sticking with a well-diversified portfolio that matches the level of risk you’re willing to take on is an appropriate strategy. After all, a long-term investment plan is intended not only to benefit from good markets, but also to weather challenging markets.

This material is for professional investors as defined under the MiFID II Directive only. In Switzerland for institutional investors only. Not for public distribution

This material was produced by The Vanguard Group, Inc. This article is for educational purposes only and is not a recommendation or solicitation to buy or sell investments.

The opinions expressed in this article are those of the author and individuals quoted and may not be representative of Vanguard Asset Management, Ltd or Vanguard Investments Switzerland GmbH.