Will the value of bonds continue to fall? 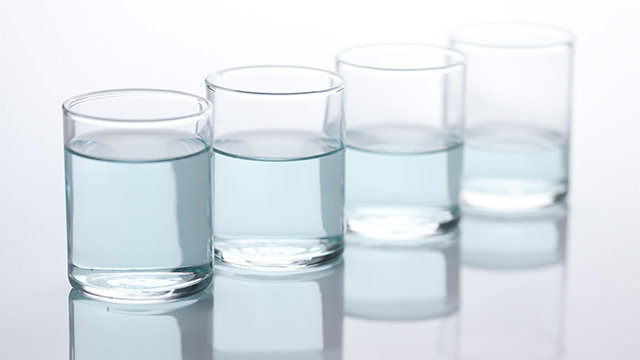 Is the bond market about to reach a tipping point?

The end of the bull-run in bonds has been miscalled more than once since 2010. Investors who have positioned themselves for a fall have in many cases lived to regret it. But is this time different?

At the start of this year it was already looking as though the bond market had reached a peak from which it had nowhere to go but down. Nearly a third of core government bonds had a negative yield, right out to 10-year maturities. This followed the introduction of short-term negative interest rates by the European Central Bank (ECB) in 2014.

The over-performance of the bond market is one side of the equation. The other is the condition of the United Kingdom's economy. First, the disaster much-predicted to follow a Leave vote has failed to happen. Instead of falling into recession, second quarter growth has been positive, with consumer confidence holding up well and business surveys improving rapidly after the initial shock of the vote.

But while confidence held up, sterling collapsed. A pound was worth US$1.47 and €1.30 on the day of the referendum, but only US$1.20 and €1.11 at the end of October. This has pushed up inflation forecasts, with many economists now expecting the consumer price index (CPI) to exceed the Bank of England (BoE) 2% target sooner rather than later. Some surveys are citing a figure as high as 4%.

A powerful rise in valuations, a stronger than expected economy and inflation about to overtake the official target – surely these are the signs of a bubble about to burst? Should investors start to plan for a significant reversal?

In our view, this is to misread the market. It implies recency bias, looking at the market in reference to what is happening now rather than from a more rounded, longer-term perspective. It further suggests investing in bonds for the wrong reasons, for capital gains rather than to dampen portfolio volatility.

The first thing to note is that inflation derived from an exchange-rate event, such as this, is very different to inflation resulting from an over-heating economy. The inflation expected in the UK will be focused on imports, such as fuel, food and clothing, and without increases in personal incomes it might even be contractionary, the opposite of what the BoE wants to achieve.

The second thing is that central banks, using monetary policy as the transmission mechanism, are trying to manage the money supply in the economy in order to stimulate economic growth. At the same time central banks are mandated to keep inflation low to create optimal conditions for sustainable economic growth. Risk-free rates are significantly impacted by central bank monetary policy and cannot decouple from the underlying economic and monetary conditions. Looking around the developed world, inflation is indeed very low and looks set to remain relatively low going forward. Inflation would need to rise to exceptionally high levels (hyperinflation) before central bank interest rates triggered a crash in the risk-free bond market. Such as scenario seems highly unlikely.

Generally speaking the recent challenge for central banks has been to get inflation up to target and large amounts of quantitative easing (QE) have been deployed to help achieve this. The four core central banks now have some US$12 trillion in assets on their balance sheets. The ECB and the Bank of Japan (BoJ) are adding to that at a rate of around US$150 billion a month, while the Bank of England plans to add £70 billion (US$85 billion) to the £375 billion (US$460 billion) of assets it already owns.1

These are large sums and QE will almost certainly remain the decisive factor in government bond markets for a long while to come. Should the BoE choose to tighten UK monetary conditions, the logical course would be to draw in its QE programme before raising interest rates, suggesting any increase may still be some time away. However, persistent high levels of inflation in developed markets seem unlikely anytime soon.

Therefore, bond investors should be less concerned with risk-free rates going up than with credit conditions, as that is where there is real risk. If one of the core government issuers defaults, we will all have a lot more to worry about than our bond portfolios!

Credit conditions, overall, are reasonably healthy. Credit spreads (the difference in yields between assets with credit risk and those without) are broadly in line with historical averages. Current default rates are also in line with the historical average, as illustrated in the chart below. The recent increase is largely confined to the energy sector (due to the very low oil prices over the past 18 months). Since the global financial crisis many companies are carrying far more cash on their balance sheets than has traditionally been the case. Given modest levels of corporate investment, itself a product of low growth, there seems little reason to expect materially weaker credit fundamentals going forward.

We should not confuse 'risk-free' with an absence of volatility. The phrase of course relates specifically to credit risk, not to fluctuations in yield. As political, economic and monetary conditions evolve, we should expect volatility in investment grade yields, though volatility should typically be more moderate in risk-free assets. Absent hyper-inflation in developed markets, which currently looks extremely unlikely, we are highly unlikely to see an equity-like crash of 20+% in the high-grade bond market.

For a long-term investor, this ought to be of only marginal concern. As long as credit conditions are stable, the actual cash-flows expected from a bond portfolio should also be stable. That is to say, barring a credit event, long-term investors will receive the yield at which they originally invest.

We further need to bear in mind that for a long-term investor, yields and returns are not the same thing. As yields rise, cash flows are re-invested, with returns rising and eventually converging with yields at the higher level. In this respect, the pace and scale of increase is more important than mere direction or absolute levels.

Finally, we should think carefully about why we are invested in bonds. Additional QE was one reason for the rise in valuations earlier this year, but another reason was a sense of uncertainty. Some examples on the political front are the Brexit referendum, the rise of 'outsider' parties, protracted conflict in the Middle East and the refugee crisis. In the markets, equities have struggled to find an equilibrium on a number of issues, including China, the sterling exchange rate, the US economy or oil prices.

Astute investment in investment-grade bonds should not be to drive capital returns, but as a counter-weight to just this kind of uncertainty. In this respect, an appropriate bond allocation has been doing its job, and should continue to do so.

This document is directed at professional investors and should not be distributed to, or relied upon by, retail investors. It is designed for use by, and is directed only at persons resident in the UK.