Are you ready for a bear market? 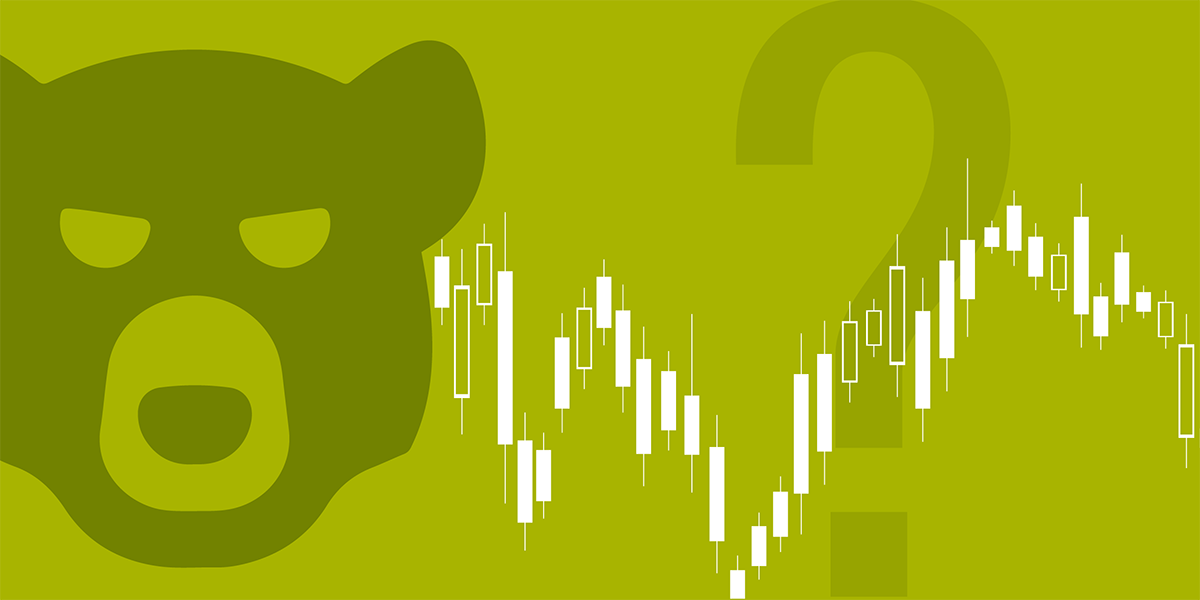 Our aversion to loss inclines us to prefer active managers in a bear market. Does the evidence support the intuition?

Most of us have a natural bias to avoid losses. We feel the pain of loss far more than the joy of profit. Our instinct is to ride the market when it rises, but to run for an active strategy when it falls.

But are our instincts giving us the right signal? Is this the right way to invest in active management?

The raw data says, 'sort of'. Overall, looking at the broad US equity market over the past 50 years, active managers have outperformed more often in falling markets than in rising. If that was all there was to it, our lives would be easy. We would invest in cheap passive funds in bull markets and pay a fair premium for active management in bear markets. Unfortunately, there are caveats.

One, looking at Chart 1, we see that the degree of difference is slight. On average, active managers underperform in bear markets, but the probability of outperformance does go up.

Percentage of managers outperforming during bull and bear cycles

Past performance is not a reliable indicator of future results.
Source: Vanguard calculations using data from Morningstar, Wilshire, MSCI, and CRSP.
The U.S. stock market is represented by the Wilshire 5000 Index through April 22, 2005, and the MSCI US Broad Market Index through June 2, 2013, and the CRSP US Total Market Index thereafter.

These numbers a summer do not make. Another issue is persistence. Knowing that active managers have a slight advantage in bear markets is interesting, but what do you do with it? Who are those managers? What is the extent of their outperformance?

But where's the persistence?

What we see, though, is that the data falls out randomly. There is no shape at all, unless you would describe a snowstorm as having a shape. The logical conclusion is that there is no pattern to outperformance in bear markets, or at least in the bear markets in this study.

But let's think about the issue a little more. How clear is clear when it comes to foreseeing a bear market? A decline in government bond markets has been predicted since 2011 due to investor expectations of rising interest rates. In the event, the opposite has happened. Rates have indeed risen, but valuations have risen as political and other pressures have come into play.

Brexit and the election of Donald Trump have led to similar, counter-predictive outcomes. In both cases, falls in the equity market were widely anticipated, and in both cases we saw the opposite.

Even where it is reasonably clear that a bear market is likely, it is still fiendishly difficult to predict exactly when it will happen. As with many complex phenomena, it is often a fairly random event that triggers the tipping point. But even where we see the tipping point, every decision requires a string of associated decisions. If we sell down government bonds, where should we put the money? And when should we go back in?

The beginning or the end?

In many cases, it is even more difficult to foresee the end of a bear market than the beginning. Bear markets are often steep and sharp. From peak to trough, the GFC was over in 16 months, though most of the action was confined to the six months or so between September 2008 and February 2009. The tech bust was long-lived at 29 months.

If it is difficult for a professional fund manager to time the market, how much more difficult is it for an adviser? The former is a specialist, studying a single asset class. Like an Olympic athlete focused wholly on a very particular activity, a fund manager typically knows a lot about one thing. An adviser is a generalist, a different kind of athlete, one who needs to know something about a great many things.

In our view, active management has a place on the investment palette. It can yield real benefits when properly applied. But a key element in successful active management is patience, that is to say, not the capacity to fight the market cycle, but to outlast it.

This article is directed at professional investors and should not be distributed to, or relied upon by retail investors.

This article is designed for use by, and is directed only at persons resident in the UK.

It is for informational purposes only and is not a recommendation or solicitation to buy or sell investments.

The opinions expressed in this article are those of the author and may not be representative of Vanguard Asset Management, Limited.