Is there a day of fiscal reckoning coming? 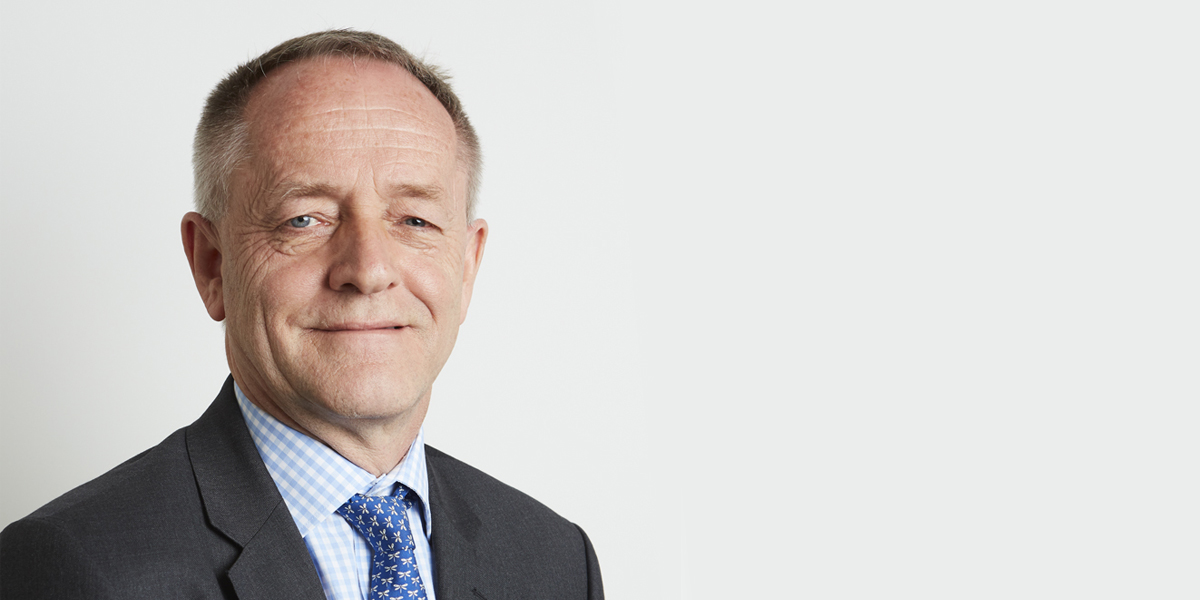 How will it all be paid for? It's not the most pressing question – how to halt the Covid-19 pandemic obviously is. But it's a question that will eventually have to be faced as governments massively boost their spending to support their economies. And bond markets know it.

It's why we've seen credit spreads widen slightly between different government bonds. As the chart below shows, the yields on bonds issued by Italy and Spain – countries with relatively high levels of debt – have pushed out relative to those issued by less indebted states like Germany. 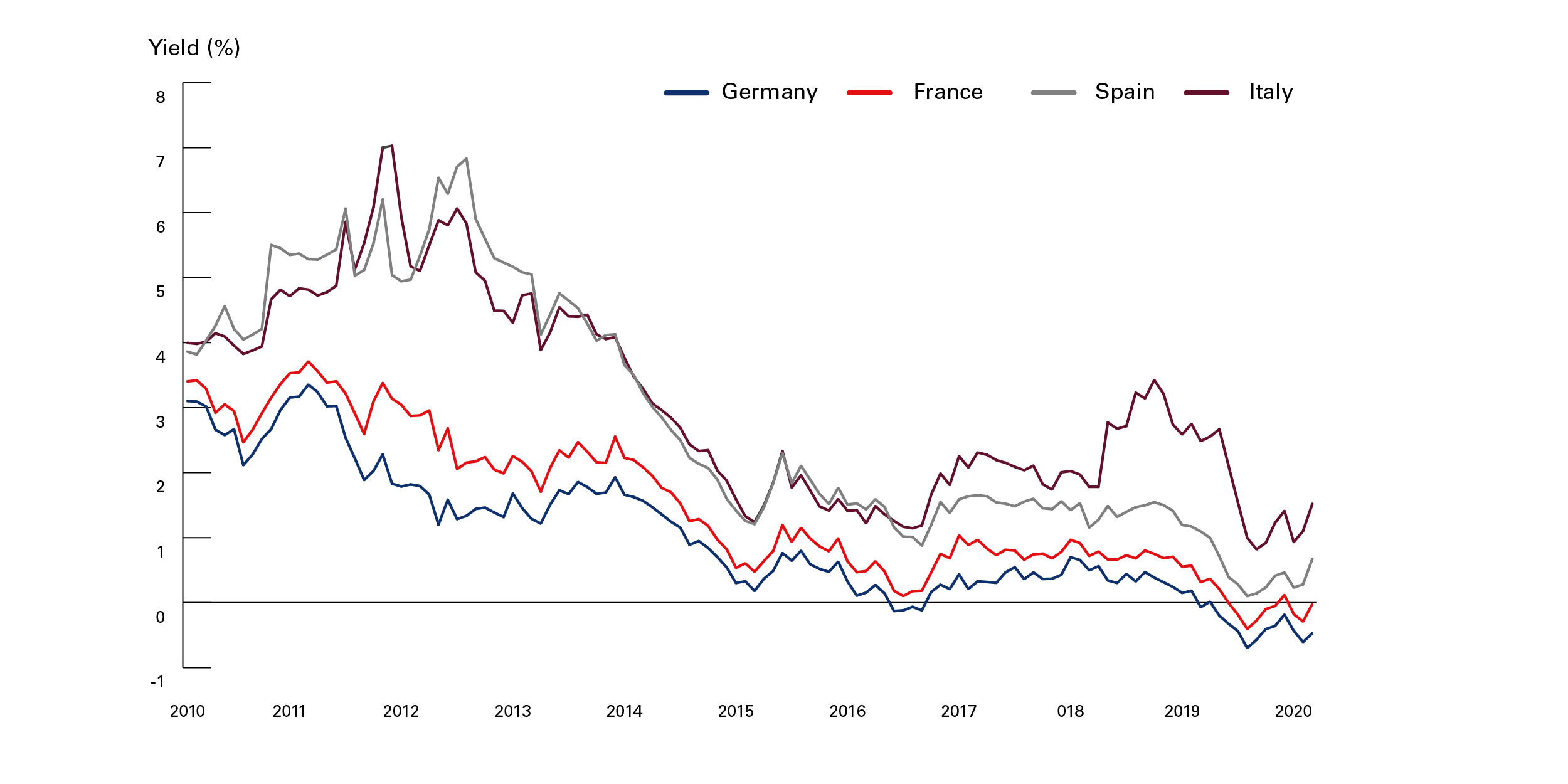 So bond investors are already discriminating and selectively pricing in a bit more risk in Europe.

But it's manageable so far and there are still reasons to believe that another European sovereign debt crisis is unlikely. After all, this is not about punishing individual countries for their egregious over-borrowing – as we saw first of all with Greece from late 2009 – but rather an indiscriminate challenge that respects no borders.

That hasn't stopped tensions from resurfacing within the European Union (EU). Over the last week, there've been arguments within the 27-nation bloc over whether to issue “coronabonds” that effectively spread the debt liabilities between members. It is something that has appealed to countries with existing large debts – not just Italy and Spain but France also – but less so to northern European governments, notably Germany and the Netherlands.

So, in their stead, new lending facilities have been agreed under the EU's existing European Stability Mechanism. These allow countries most affected by the Covid-19 crisis to borrow at low, German-level interest rates but doesn't shift the debt off their balance sheets. The hope is that this limited show of solidarity will do enough to prevent a re-run of the European sovereign debt crisis, even if it fails to eliminate some of the political tensions that have again bubbled up and could yet make waves if this crisis drags on.

In that last respect, it is worth considering how the lockdown measures that have prompted governments to spend more might be eased. As we've already seen in Spain this week, while some sectors could be reopened to begin with, others – most notably those involving face-to-face interaction – could take a lot longer. Much depends on the ability to suppress the virus if it returns and that, in turn, depends on having adequate accurate testing facilities, which for now is not a given.

However things play out, the enormous fiscal support provided by governments to support businesses and incomes is going to have an enormous cost. We estimate that developed countries have on average added debt equal to almost 6% of GDP.

So what will be done with all this extra debt? A few initial thoughts come to mind.

If the debt takes the form of ultra-long or perpetual bonds issued at extremely low levels of interest, perhaps it will not need to be paid off quickly. But if the government chooses to bring the debt down to more reasonable levels, then a return to austerity and/or tax rises would be unavoidable.

There is one more intriguing possibility, which is that the debt is monetised, in which case the central bank buys bonds issued by the government to fund spending but, unlike with the quantitative easing seen after the GFC, never sells them back into the market.

This is effectively printing money, something historically associated with the hyperinflation of Weimer-era Germany. However, if it is done as a deliberate policy to offset a period of deflationary pressure, maybe that could work well, and might yet be considered.

Finally, some historical context, courtesy of the UK, which has more extensive data. The country's budget deficit, so painfully shrunk over recent years, is now set to be higher than at the time of the global financial crisis, according to the UK's fiscal watchdog, the Office for Budget Responsibility. 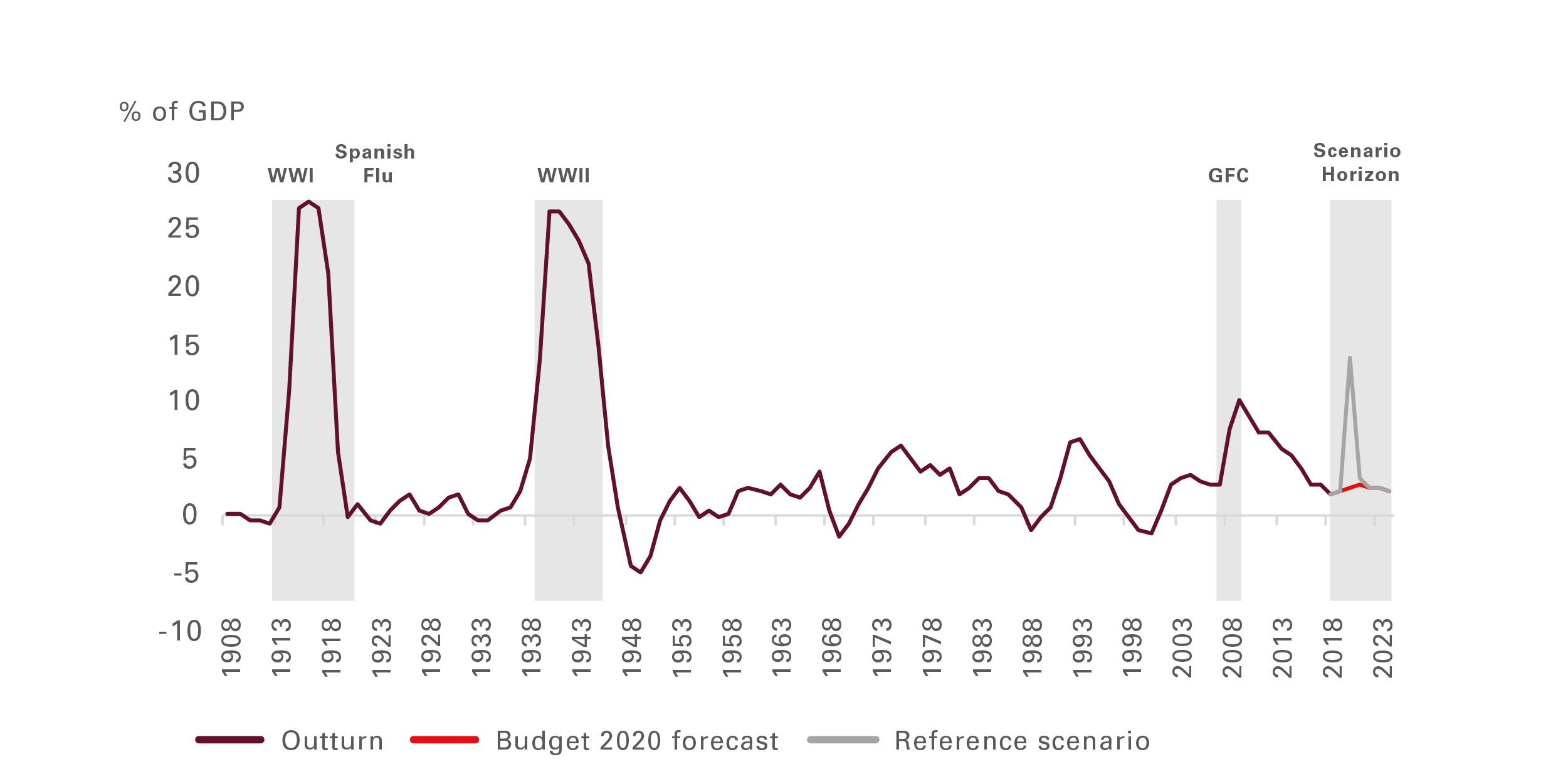 Source: Bank of England, OBR, ONS. Data as at 31 December 2018. Forecast begins 1 January 2019. Any projections should be regarded as hypothetical in nature and do not reflect or guarantee future results.

At almost 100% of GDP, the stock of UK government debt is also seen rising to a higher level than at the end of that crisis and almost three times the level at the start of the century, as the chart above shows.

But even this debt is dwarfed by the level reached at the end of World War Two (or indeed by all of the years after WW1). That, at least, is something to be grateful for.

The opinions expressed in this article are those of individual speakers and may not be representative of Vanguard Asset Management, Limited.