The diminished economic power of oil 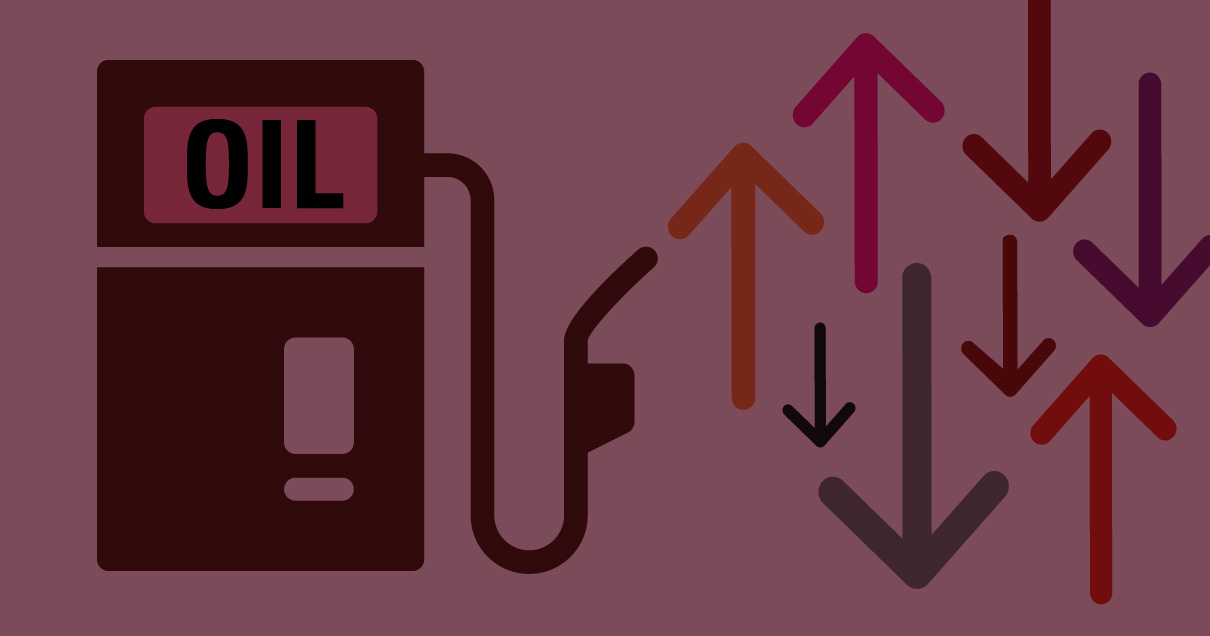 The power of crude oil isn't what it used to be. And a world less dependent on Middle Eastern oil could have positive implications for broadly diversified investors, not to mention the global economy.

Current oil prices seem modest compared with the $100 per barrel that crude regularly commanded between 2011 and 2014, let alone its $140-plus 2008 peak.  But the story of crude's smaller economic role is bigger than that. Absent dramatic events—such as a long closure of the Strait of Hormuz, through which roughly 20% of the world's crude supply passes each day—Vanguard experts believe that increased supply and reduced growth in demand could effectively cap prices not far from today's levels.

Oil price spikes are "likely to be modest and of short duration" for the foreseeable future, said Maria Colangelo, a senior taxable bond analyst in Vanguard's Fixed Income Group who has covered the energy sector for two decades.

An effective limit on the price of oil would help keep both the broad rate of inflation and nominal interest rates well-contained; this should benefit broadly diversified stock and bond investors, as well as the global economy.

Geopolitical tensions appear to be on the rise, but their impact on the price of oil is likely to be muted. Ms. Colangelo and Jonathan Lemco, a senior strategist in Vanguard's Investment Strategy Group, cited a trio of supply-related reasons why the price of crude oil should remain modest:

Brazil and Norway also expect to provide significant new sources of crude oil during the first half of 2020. In an attempt to offset at least some of the weight on prices caused by excess supply and softening demand, OPEC is operating under tight production limits; however, Ms. Colangelo and Mr. Lemco do not expect this to spur meaningful price increases.

U.S. production, imports, and exports, millions of barrels per day 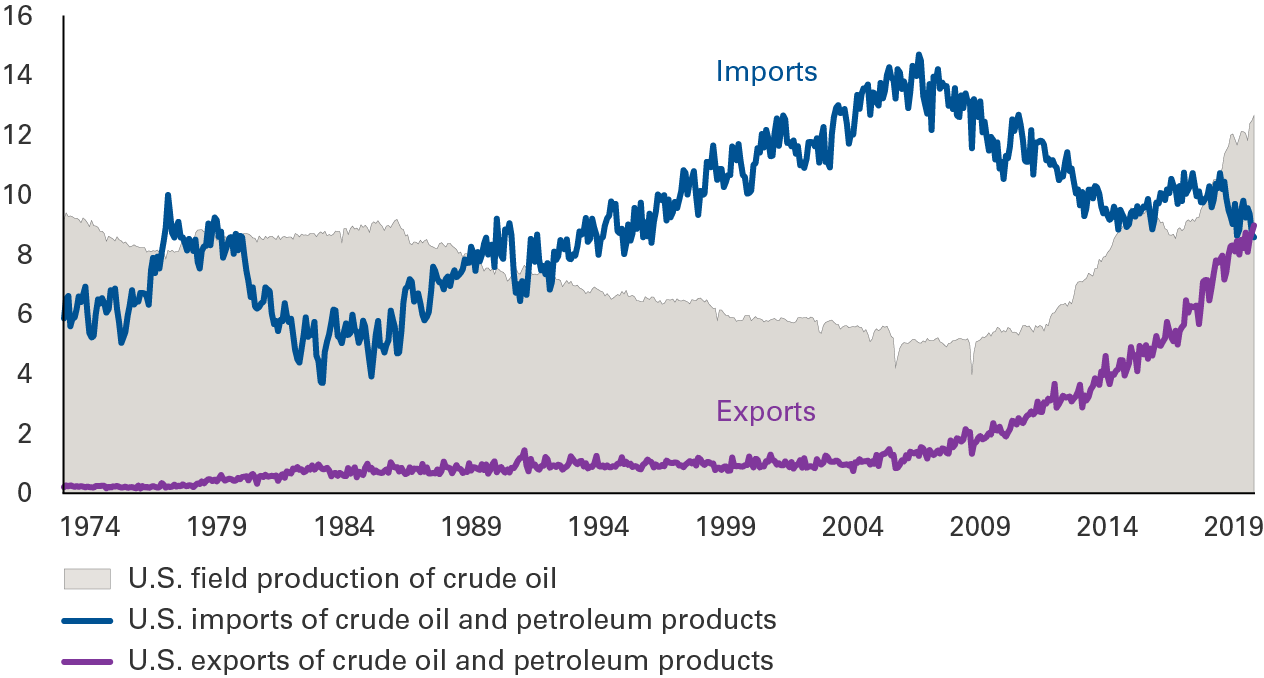 There are also demand-related reasons to believe that any oil price spikes are apt to be modest and short-lived. Global demand for oil has been slowing and is now trending below its five-year historical average annual growth rate of 1.3 million–1.4 million barrels per day1.

(For more on Vanguard's expectations for the broad economy, see Vanguard Economic and Market Outlook for 2020: The New Age of Uncertainty.)

An effective cap on the price of oil could help contain inflation and nominal interest rates, which would likely benefit broadly diversified investors. However, our expectation that oil price spikes are unlikely to get out of hand for the foreseeable future presupposes that long-term disruptions will be avoided. Over the last 50 years, Ms. Colangelo noted, conflicts in the Middle East have at times led to a doubling of crude prices and triggered recessions. One key example is the "second oil crisis" of 1979–1980, ignited by the Iranian revolution, followed by the outbreak of the Iran-Iraq war. A second is the 1990 invasion of Kuwait by Iraq. The ensuing price spike lasted only several months, but it took several years for the affected countries to return to full output.

Our sanguine outlook for crude oil prices could change in the event of war, or if tanker traffic were meaningfully curtailed in the Strait of Hormuz.

It's also true that major dislocations could rack smaller economies that are more dependent on oil imports or exports.

"History teaches us that emerging markets whose revenues depend on one commodity, usually petroleum, are particularly vulnerable to economic strife when oil prices falter," Mr. Lemco noted. "The lesson for investors is to remain diversified. Investments in emerging markets help provide global diversification, but it's important to diversify across emerging markets, too, and not focus on just a narrow group, such as oil producers."

1 Source: Vanguard estimate, based on data from the U.S. Energy Information Administration.

The material contained in this article is for educational purposes only and is not a recommendation or solicitation to buy or sell investments.